Some stars have all the luck in the world. From the day they released their first album, they’ve tasted the sweetness of success. Have you Read More

We know it’s not always possible to be on top of things. Perhaps you’ve been on holiday to a secluded spot with no reception, or Read More

If you like the sounds of Pariah, SBTRKT or Joy Orbison, chances are you are familiar with Burial too. If you don’t know any of Read More

Some stars have all the luck in the world. From the day they released their first album, they’ve tasted the sweetness of success. Have you ever wondered what some of the most successful female pop stars are worth?

There are some female pop stars who’ve been in the biz for ages and still reach the list of the most successful and richest singers of all time. While others have not been in the biz as long, yet they have earned their spot fair and square.

First up we have none other than the Queen of Pop herself, Madonna. Madge has a net worth of $850 million. Did you know that she is currently the 4th best-selling artist in the world? The singer is proof that when you pursue your dreams, they can come true.

Also known as one of the best-selling singers of all time, Celine gets the second spot on our list. She made it big in Canada (where she’s from) when she was only a teenager. The star has come a long way since then, and her net worth is currently at $800 million.

With 22 Grammy Awards to her name, Beyoncé takes the third spot. She led the group Destiny’s Child and has also starred in several movies. Her success as a solo artist is admirable, and she’s going from strength to strength. Her net worth is currently $500 million.

Dolly Parton is considered to be the most popular country singer of all time, and her net worth can vouch for that. She started her singing career way back in 1964 and boasts a net worth of around $500 million currently landing her the fourth spot on our list.

Before she started pursuing a solo career, Gloria Estefan was the lead singer of a group called the Miami Latin Boys. She also has 3 Grammy Awards under her belt and a net worth of approximately $500 million. Did we mention she’s got a star on the Hollywood walk of fame?

Finally, in the last spot, we have Jennifer Lopez. She’s a singer, actress, fashion designer and businesswoman, which gives a nice boost to that net worth. She did, however, start her career in acting and started singing afterwards. Her net worth is currently $400 million. And that’s all of them! Did some of the entries on our list surprise you? All these singers have contributed massively to the music industry. They are perfect examples of what one can accomplish with a load of talent and determination.

We know it’s not always possible to be on top of things. Perhaps you’ve been on holiday to a secluded spot with no reception, or you had to have a couple of no-tech days. Not to worry, the crew at No Pain in Pop will always have your back.

That is why we’ve decided to fill you in on the hottest hits this year in this post. Find out which songs have stolen the hearts and ears of everyone around the globe here.

After a long time away from the scene, the Jonas Brothers are back with a bang! Sucker has been on the charts for 12 weeks now and has climbed its way to the top of the pops almost instantly.

This collab of Sam Smith & Normani is also a favorite among listeners worldwide. It’s been on the charts for more than 17 weeks already and is currently at the number 2 spot.

Ava Max is showing us that she’s not planning on going anywhere anytime soon. Sweet but Psycho has been on the charts for more than 24 weeks, and we think she’ll be hanging around a while longer.

Dropping down one spot, we have Post Malone’s Wow. The song has been on the charts for 19 weeks, but we believe it will remain either climbing or slightly falling for the next couple of weeks.

Break up with your Girlfriend, I’m bored: Ariana Grande

And finally, in the fifth spot we’ve got Break up with your Girlfriend from Ariana Grande. She’s been on the charts for 14 weeks now and dropped two spots. It remains a great tune either way. And that’s a wrap! You’ll never be left out on the latest music news and charts when you subscribe to No Pain in Pop.

If you like the sounds of Pariah, SBTRKT or Joy Orbison, chances are you are familiar with Burial too. If you don’t know any of these musicians, perhaps it’s time you give house or dubstep a shot. Who knows, you might just find you enjoy it after all.

In this post, we pay homage to Burial by highlighting the very best tracks that came from this talented artist.

We start off with one of Burial’s most popular pop-like tracks, Archangel. It is the perfect reflection of the artist’s early beginnings and provides an excellent listening experience. It’s perhaps seen as overrated, but it’s still one of the most memorable hits.

This track is considered to be Burial’s very best piece of ambience music, ever. That’s right, even though the artist has other similar tracks, Endorphin is right up there with its haunting sounds that will have you feeling a bit nostalgic.

Night Bus is another ambient track and the first of its kind from Burial. It features on the first record released by the artist, and really stands out from other tracks on the record. This track could also be seen as a gamechanger for the artist.

And finally, we have the track that basically put Burial on the dubstep map. It was released in 2005 and gave listeners a real feel of what south London nightlife was like back then. After the track was released, there was no turning back for Burial. What is your favorite track from Burial? Share your views with us in the comment section below, we’d love to hear your thoughts!

Those who have listened to Pariah since the earlier years will be able to agree that the musician’s career has been somewhat rocky. With a gap of about 6 years before releasing a new album, it sure shows just how serious the artist is about the music he produces.

In this post, we’ll take a little closer look at Pariah, the music, the history, and what to expect in the next couple of months.

Who is Arthur Cayzer?

Okay, so if you are an honest fan, you’d probably know that Arthur Cayzer is the genius behind Pariah. Cayzer is originally from Scotland and is currently living in London. He started making his own music using Logic (a production software) back in 2008.

You’d probably be surprised to find out that house and dubstep were pretty far from Cayzer’s music taste. He, in fact, enjoyed punk and hardcore, but it was when he moved to London that he started being engrossed by dubstep and house music.

Where it All Changed

When he moved to London everything changed for Cayzer. This is where he discovered his passion for dubstep and house, and where he started making his own music. He notes that his biggest influences during those days were Burial.

In 2018 Pariah released a new album, Here from Where We Are. This followed a hiatus of about 6 years. The album was well-received as the dubstep and electro genre is experiencing a bit of a resurgence after a bit of a quiet spell. If you haven’t heard the new album yet, maybe you should consider getting it. It showcases the artist’s journey and is a perfect reflection of the artist himself. Allow the ambient sounds of Here from Where we Are to transport you to a new dimension of absolute awe.

It seems like only yesterday when SBTRKT released his very first album. It was however in 2011, and he’s produced a whole string of sick beats since then. How much do you know about the man behind the mask though?

If you are a fan, you should probably know a couple of things about his music, and where he’s from at least. In this post, we’ll share some facts that you might not have known about the masked muso.

The Origin of the Name

Have you ever wondered about the significance of the name choice? Seeing as it is a bit abstract, it’s only natural to have theories. But the name is actually the artist’s way of imitating how he ‘subtracts’ himself from the music he makes.

How it All Began

SBTRKT was introduced to music by his brother and cousin, who listened to rave, house and hip hop in the early 90s. This is where his curiosity started but it was at the first music festival that he attended that he knew he wanted to make music.

What’s in the Future

The artist seems to be producing songs every other day, including collaborating with peers. Recently he’s worked and collaborated with Sampha and is excited about all the projects and tunes that will be sent through to DJs in the next coming months.

The Inspiration Behind the Tunes

Everyone has someone they look up to, admire, or draw inspiration from. The same goes for SBTRKT. The inspiration behind his beats and incredible tunes comes from artists like Joy Orbison, The XX, Hot City, and Burial to name but a few. We hope you enjoyed our small list of fun facts. Now that you know a little bit more about the man behind the mask and where he draws his inspiration from, you probably feel like listening to some of his tracks. Enjoy! 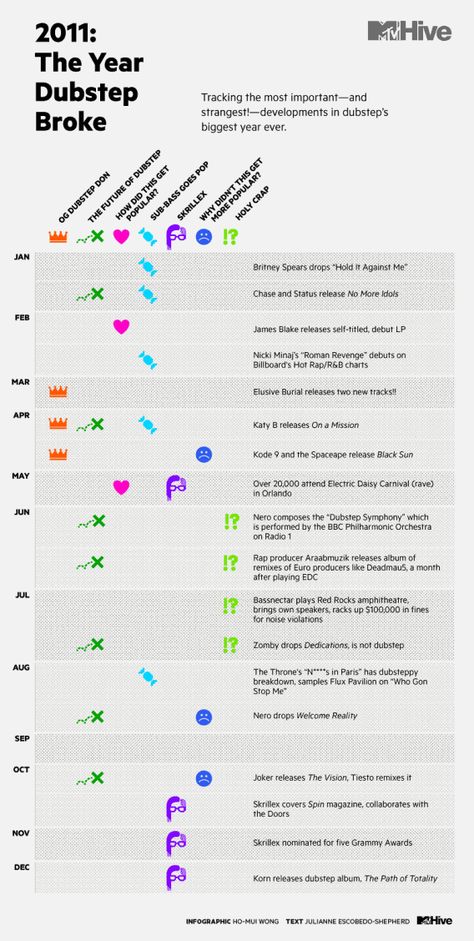